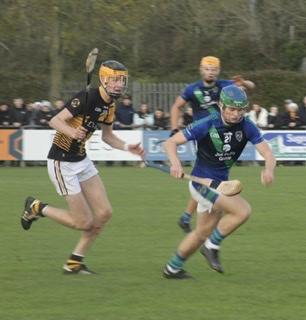 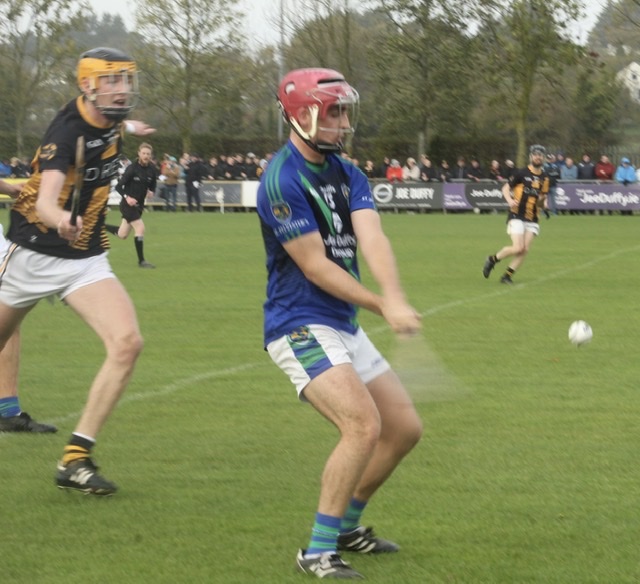 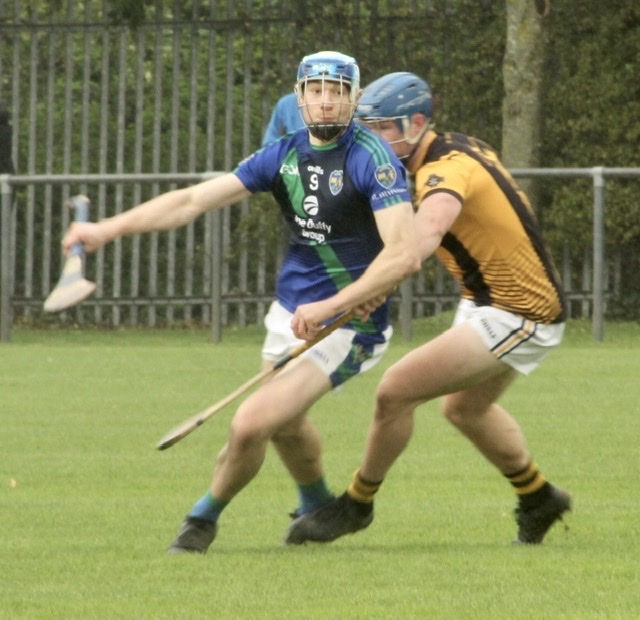 After 140 minutes of pulsating action, Saturday’s Intermediate hurling final was finally decided with a last gasp Mearnógs goal seeing them over the line in the replay played at Pairc Mearnóg.

Torrential rain on Friday evening and on Saturday morning saw the game switched from the Broomfield at the last minute. Huge thanks to Ciarán & the team at O’Brien Landscaping who worked all week to try to keep the pitch in top condition.

Thankfully, the rain subsided by the time of the throw in and in a reversal of last weekend’s drawn game when Mearnog had raced into a seven points  lead, it was Syl’s who enjoyed the better start. First Seanie Graham floating over a fine point from the right before Dan Murphy pointed from the right to move the Sylvesters lead out to three points.

Mearnog however got back into contention with two points from Josh Phillips leaving them on level terms approaching half time.

Further scores from Shane Kavanagh and Mark Phelan extended their sequence to five points before Dan landed a free in injury time to make it a one point game at the break 0-8 to 0-7 to Mearnog.

Mearnóg, through the impressive Liam Mullen, managed to stay in front for the entire half but Syls were never far away with Cian Whitney landing a superb score with four minutes to go to make it a one point game.

Mearnog were then to have Diarmuid Keavey sent to the line for a second yellow with twenty minutes to go.

Two points from Mullen seemed to have landed the cup for  the opposition before, to the huge Syl’s support delight, Eamon McLoughney drilled a terrific free past the keeper to force the game into additional time, 0-14 to 1-11.

Sylvesters would largely dominate the first period with successive frees from Graham moving them two points clear before Mearnog rallied with late points from Madden and Mullen to make it a one point game once more, 1-15 to 0-17.

Then, with a minute to go, substitute Ciaran McLoughney landed a score from the right to leave Syls a point in front.

Mearnógs levelled proceedings off a free and then, doggedly going for goal, finally broke the Syls defencein what would prove the last action of a pulsating game.

Hard luck to the Syl’s squad and management who showed great character to battle on through the extended match and never say die. The huge crowd of supporters there today demonstrates the eviden for hurling at Syl’s so the future is bright for great things to come!