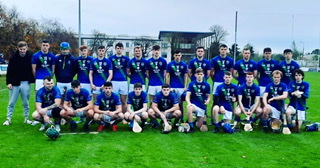 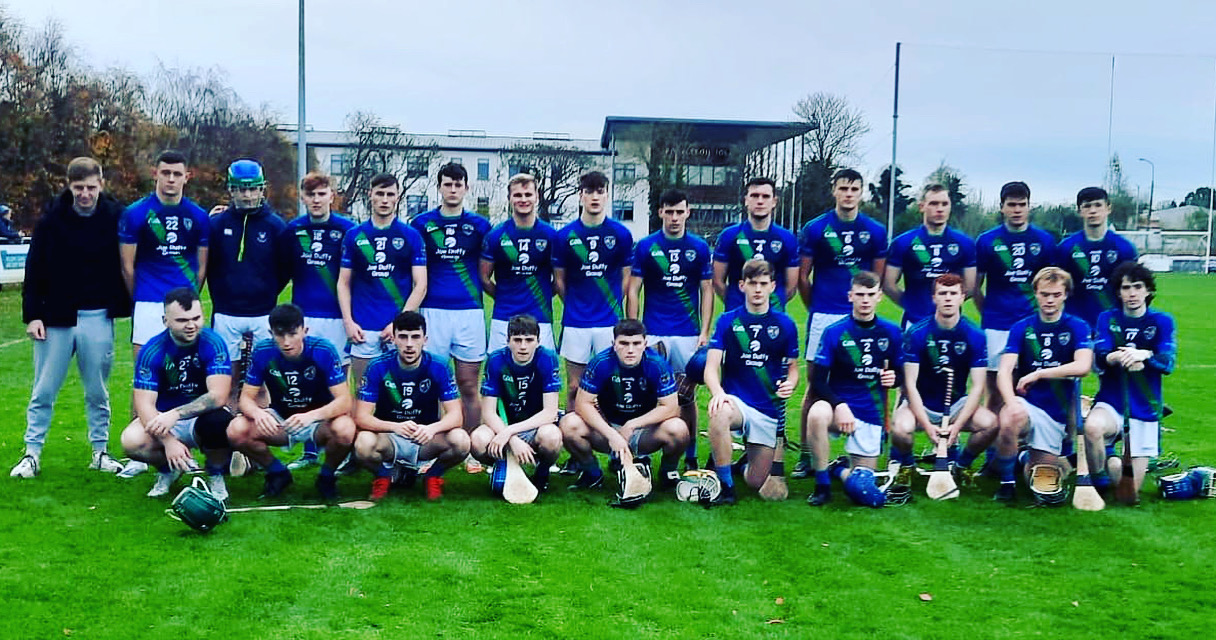 Two games and extra time were needed to separate us from neighbours Naomh Mearnóg in last month's Intermediate hurling final and incredibly there was nothing to separate the sides again today in the semi final of the U21 hurling Champ.

Our men got off to a good start with a free from Ciaran McLoughney and an Eoghan Buckley score from play seeing us two points up early on.

The visitors reacted and were soon back in contention. Another McLoughney free and a score from Michael Shalloe on the right had restored Sylvesters two point advantage before Mearnog battled back with three points to move two points clear.

Some terrific scores off placed ball from McLoughney followed which moved Syl’s up to lead by a point at the break, 0-10 to 0-9.

Syl’s came out strong from the restart and then Niall McCarthy having taken a pass from Cian Whitney, drilled the ball past the keeper.

A McLoughney free then gave us the biggest lead of the game but a free drilled low past the keeper by Mearnógs would leave just a score between the sides, 1-12 to 1-9.

Our response was quick with Whitney taking a cross field pass before beating the keeper with a terrific finish midway through the half.

Successive frees from the visitors narrowed the gap to four points and, after our men’s efforts were frustrated leaving us largely scoreless for the remaining period, with three minutes to go Mearnog had the gap down to two.

At the hour mark, we looked to have done enough for victory, up by one, when the referee signaled for a free near the right-hand touchline which Mearnóg pointed to end the game on a dramatic note.

The game will be replayed Wednesfay 23rd Nov at Broomfield. Throw in at 7:30pm